- After our last discussion, I really want you to read this file. My cousin collected the most important of poetry and gave it to me as a present. Now, whenever I read a nice poem, I slide it in.
- Thank you very much, I will read them.

It was very sweet to give it to me without me asking for it. However, I was very busy. It was my first years in college and I have already many fascinations to take over. I read none. The file with flowery pattern was kept near my bed for a long amount of time.

19 February 2007 I wrote in my diary:
"Once upon a time -today- in a BIG BAD DAY I had my pierce flown away on the street because I -like a fool- forgot it on top of my car and drove back home. In my bag I had my notes and a beautiful little dress for my niece, a necklace and a bracelet for my two cousins. I didn't know about it until I got to my grandmother house and brought my niece with me to the car to show her the dress. when I found no bag I let her in the car and went to the place I drove by to search for it. I switched the signal on and parked when I saw my bag and everything I had in it scattered along that street. I completely lost my conscious for I came back from Boston this morning, lagged, tired and sad picking up my memory from that dark street. Two young men stopped by finding that stupid woman passing the street back and forth with very lost expressions. I left them searching for my things while I drive my niece home, she was crying, telling me every now and then "don't be sad". when I got back each one rang the many coins I had in my wallet on my palms. they couldn't find anything else. only one of them, who gave me a piece of paper which was torn from somewhere in the middle of a notebook page. It wasn't mine, but I took it out of curiosity."

I rewrote it nicely in my diary. and after some little time I told the story to my friend concluding that:

-how come a person writes such beautiful poem and let it fly away!
-He's probably some Philippino who doesn't know, whether to stay in Kuwait or go get that offer in Iraq.

2 September 2008
In a café rediscovering my notes with a new friend,

-Frost! it's a great poem! and I took the one less traveled by..
-Who's Frost?
-Robert Frost, the writer of that poem! Don't you know him??
-No, I found this paper in the street as I was picking my flown away bag.
-Where was that?
- At Cairo Street near Hawalli.
-It's probably a cheating note for some English literature exam, since it is near Hawalli where there are lots of private schools, someone could have dropped it away from the car on the way home...... [looking through the poem again in appreciation] and I took the one less traveled by..

December 2008, I decided to return back all the things I borrowed, I took the file of poems with me and called who might know the person, and took the number. I called, got the address, but on my way, I stopped aside in my car to write down the names of the poems and their writers to check them out whenever I get the time.

The first poem in the file: The Road Not Taken, Robert Frost. 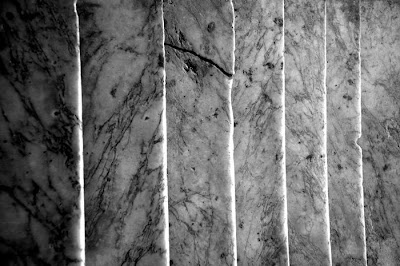